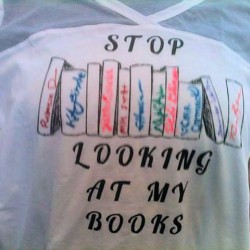 Crazy Bibliophile and Book Pimp (Not So Anonymous)

I am a mother of two boys and avid reader; I practically live and breathe books. If I could sustain my life on just reading, I would live forever. I'm weird, and proud of it. I have traveled to many places: Mexico, St. Marteen, Prague, England, Cozumel, and Canada to name a few. Many moons ago I co-hosted "Welcome to Insanity" radio show on a micro radio station in TX- but our show was played via streaming internet in coffee houses in Amsterdam. I have a BA in theater. I used to be "the finder of lost things" but I think my last child robbed me of my gift. Now I just have a large collection of useless information... it goes with my growing mountain of "to be read" books

The Hooker and the Hermit
Penny Reid, Luci Cosway 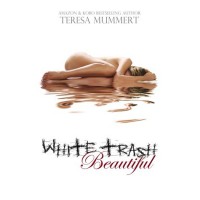 It's with a heavy heart that I give this 3♥'s

Boils down to: I cannot stand Cass. I find NOTHING redeeming about her and have trouble feeling sympathy for her, her self-perpetuating situation, and her pissy attitude. Cass sucks (like a hoover vacuum) and Tucker- dude, goes into a diner in a trashy neighborhood and apparently thinks, "Hey, that girl, with the bruises. She's the one for me, I won't quit until she's mine." OK, he's hot and a rocker, but overall I didn't even like him. Didn't feel love, all I felt was hopelessness. Like reading the story was like beating a dead horse, over and over. I went with 3♥'s initially, but I might even go down to 2.

*Edit 7/19/13*
You know... the more time that goes by, the less and less I liked this book. Can anyone say Insta-Love? Totally unexplained insta-love with this 'white trash' girl that even has an attitude the size of Texas and the self esteem the size of an electron. Arg! Not even the 'rock 'n roll' hero is making up for this nasty 'after-reading taste'. I've decided to drop this to 2 ♥'s, because the memory of the book gets more sour with each passing day.

*Edit 8/3/13*
Okay... it's a little less fresh, so maybe I can explain myself a little more. This book involves domestic abuse, drug abuse, emotional and verbal abuse... it's just abusive all around. I know there are females out there that are doormats. I've met one or two. I have a hard time with such characters. When they make a real change, and bring themselves up in some emotional story, I can accept that and enjoy it. But I didn't see change. I saw doormat. Many have enjoyed this book, and for them her 'change' was evident but it did not appeal to me.

I'll be the first to admit, I love me some rock 'n roll hero in a romance. Tucker... he's hot. We get that. He talented, we get that, too. He falls for Cass in the space of seconds or minutes, apparently. I don't find fault with his actions, he did some romantic things. But his past is mostly an enigma, and we just don't get as much insight into Tucker. I have a really hard time with how fast and how hard he fell, honestly. Now, this wasn't my original idea, but someone else mentioned that this was "Cinderella meets the Rock Star." Rock Star- yes, Tucker fits that bill. But Cinderella? Cass doesn't come across as some diamond-in-the-rough. She may be pretty, even beautiful when cleaned up, but I was not impressed with her personality. Cinderella, my lily white bottom.

I feel like I'm just beating a dead horse at this point. Just thinking back on the book makes me groan with recollection. I will most definitely NOT be continuing the series. I can't bring myself to continue the torture.

I received a free eBook via NetGalley in exchange for an honest review. Although... something is hinky because I can't seem to find it on my list ANYWHERE in NetGalley. Hmmm...
Tweet